Information graphics or shortly infographics can be used as a visual accompaniment or as the way to show something in a more simplistic manner.

As the infographics is so visually appealing, it is easy to use it when have a need of communicating the idea clearly and quickly. It works even for big data, making it easier to understand complicated information.

Infographics are used in many fields, let's have a look at some of our favorite examples:

How Do Colors Affect Purchases?

There are many factors that influence how and what consumers buy. A large part of every decision is based on visual cues, and the strongest and most persuasive is color. If you want to know more about the use of color in marketing, take a look at this brilliant infographic made by KISSmetrics.

Ever wondered why somebody decided to unfollow you on Twitter? Wall.co.uk created a clear and comprehensible infographic to explain the psychology behind it.

How To Build Your Business Using Social Media?

Elliance Inc explores some ways that a business can leverage specific social sites to achieve departmental goals. This infographic explain in simple terms how to master the social media to achieve real business goals.


How Social Media Affects The Way We Travel

Tripl, a startup that allows users to share travel tips, trip itineraries, and photos from friends, created a cool infographic that shows how social media affects the way we travel. 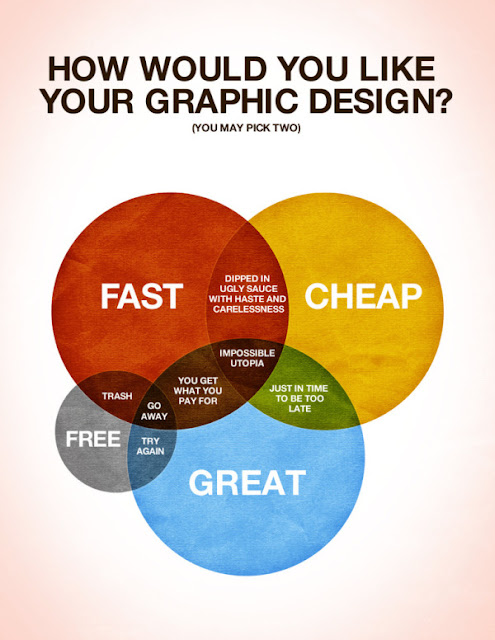 The infographic made by Colin Harman is not only true for graphic design, but just about anything.

What do you think about infographics? Share your opinion with us below.

The curious case of the Beijing metro

If you happen to be in Beijing try to use the local metro, it’s not only one of the most convenient modes of transportation to get around the city, but also shows something very interesting – subway zoetrope.

This effect is used to produce the illusion of motion by moving rapidly a set of sequenced pictures. Those pictures are installed along the metro lineNot so many people know that in fact Chinese played a very important role in development of this early form of animation as Ding Huan was the one who invented “magic lantern” around 100BC – the first primitive version of zoetrope.

Zoetrope animation has inspired a number of quite interesting campaigns all around the globe. For instance, the “Masstransiscope” in NYC underground: decades long art project – part graffiti, part conceptual experiment – that started in late 80s by Bill Brand. It was one of the most notable and infamous urban art that made its way to the history of NY.

This is a pretty interesting and fresh approach to underground advertisement and was already proved to be effective. Zoetrope technology is installed in the undergrounds of San Francisco, Boston, Milan and other cities all around the world. It is used as a memorable and distinctive method to promote the products. The number of big brands like Nike running shoes, Coca Cola, Visa and many more have tried this technology as a part of their promotional campaigns.

What do you think of zoetrope animation? Share your opinion with us below.

Email ThisBlogThis!Share to TwitterShare to FacebookShare to Pinterest
Labels: Advertising, China and europe

iPrint 3D Expo also known as Inside 3D Printing is the largest professional 3D printing and additive manufacturing event worldwide. This time the conference was held 15-17 October in Zhuhai. Attending iPrint 3D Expo was an excellent opportunity to check out the 3D printing trend and to stay on top of the latest development in the 3D printing space.

3D printing is predicted to reshape the world and many industries as we know them today. 3D printing poses a challenge for the businesses all along the supply, manufacturing, and retailing chains to rethink their strategies and operations. It is going to have even greater impact in the following industries: overall manufacturing, medicine, design, fashion and the list goes on and on.

This conference has become one of the world’s well-known exhibitions within the 3D printing industry, hosting both international and Chinese speakers. One of the most notable were Tyler Benster, Bower Song, founder & designer of Bowen Studio and the head of Beijing 3D printing technology Center for Medical Health. Some of the topics discussed included application of 3D technology in variety of industries, for instance medicine, jewelry, art etc. which is extremely beneficial for the businesses in respective industries.

The incredible amount of sharing, learning and leveraging that happened, allowed us to network with other professionals and vendors in the 3D printing industry. We were able to take the pulse of what is happening for tools, technologies, and processes, and hear ideas we weren’t even aware of. The information we collected and contacts we made are invaluable.

Let us know your opinion about 3D printing below.