There is a poster near to our office which which has an interesting style. The poster represents old chinese propoganda posters. 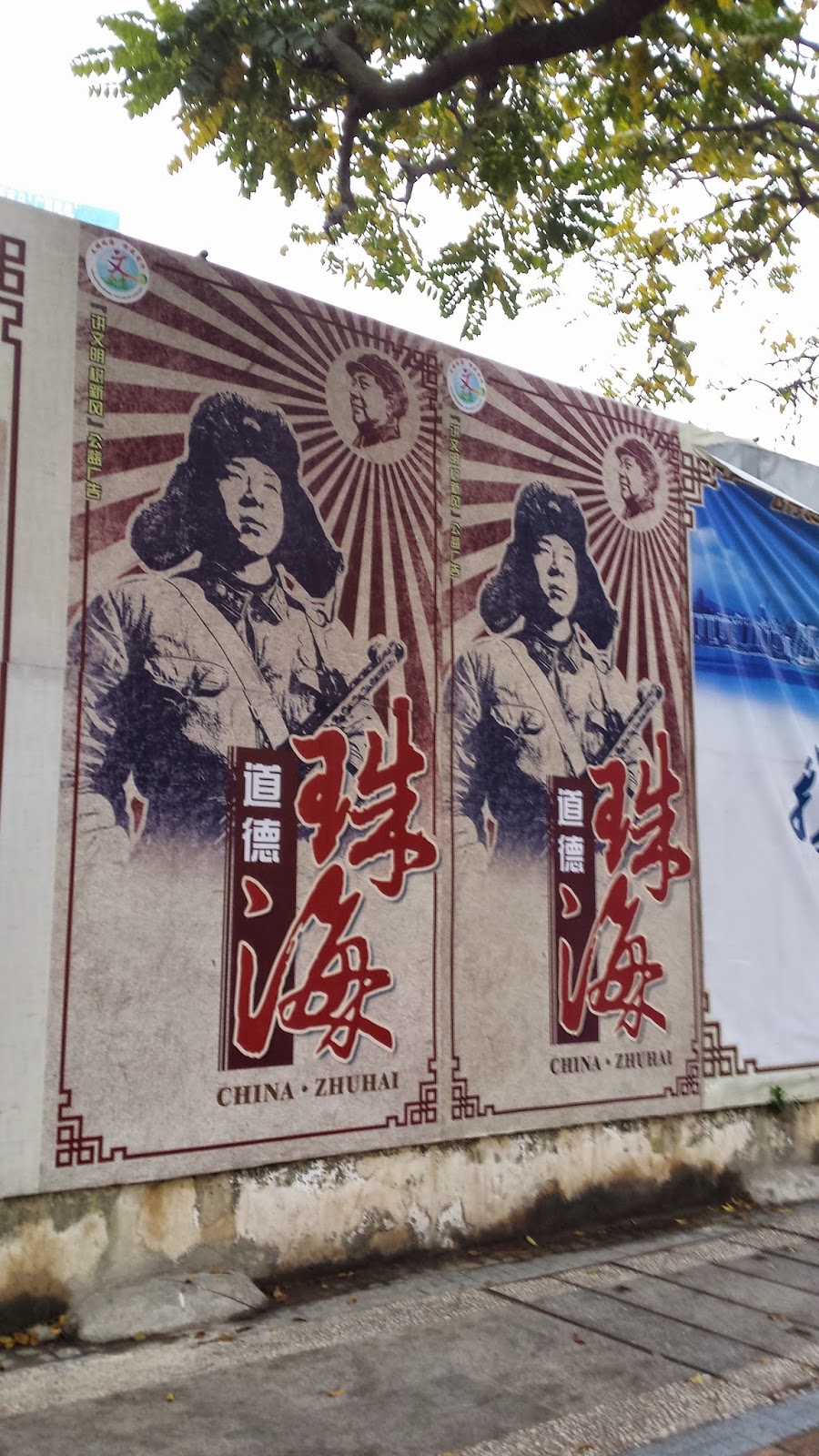 The man depicted in this picture is a soldier named Lei Feng. He is a particularly famous soldier in China who was a big follower of Mao and died very young. He became famous after dying, when his diary was published – displaying all the good deeds that he had done.
To this day he remains a heroic character – one of earnest and devotion.


This poster is aimed at Zhuhai citizens and encouraging the culture of the city to be one of thoughtfulness.

The poster style of this dates back to old style propaganda campaigns, many used in the time of Mao. The poster that the image Lei Feng has been taken from is a poster from 1990

Mao is depicted here as the sun – an interesting way of representing him, almost comparing to the power and strength that the sun has to bring light and energy to the people and crops.
The font used here is also an old-style calligraphy style.

The old style effects and characters used here seem to be reminding the modern day citizens in the hustle and bustle to remember old values about helping each other.